Check out our blog

Stay in the know on industry trends and news from our team. 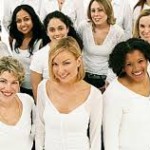 The earliest Women’s Day observance was held on February 28, 1909 in New York and organized by the Socialist Party of America. On March 8, 1917 in the capital of the Russian Empire, Petrograd, a demonstration of women textile workers began, covering the whole city. This was the beginning of the Russian Revolution. Seven days later, the Emperor of Russia Nicholas II abdicated and the provisional Government granted women the right to vote. March 8 was declared a national holiday in Soviet Russia in 1917. The day was predominantly celebrated by the socialist movement and communist countries until it was adopted in 1975 by the United Nations. In honor of the women in our community, we are offering ½ off our custom whitening trays! Please call today to schedule your appt with this Bourbonnais Dentist; Dr. Scott Fogel.  Dial 815-933-5173 and mention this offer!